How to Get your House Spring Ready Canada? - Adam Lloyd Real Estate

How to Get your House Spring Ready Canada?

The spring in Canada begins in the month of march - May and is the most awaited part of the year, as one can explore more and go to the places whose roads are blocked in winter due to the snow, the day in spring starts with a brisk of a warming sun but the evenings get cold, there is also a high abundance of rain as the spring making the spring feeling like autumn sometimes. Another reason spring is a very pleasing season to them is that winters can be pretty harsh in many parts of the country, particularly in the interior and prairie provinces where the daily temperature is - 15 degrees and can drop down low to -40 degrees with severing wind chills as well. and that being the reason the houses get covered in snow and lakes get frozen. Because of all of the horrors provided by the snow in the white countries of the globe, spring is the most desirable season to travel in Canada. so after the winter gets over people tend to do a lot of preparations for the season afterwards which is the spring season, in Canada the people living near the rivers or lakes, have their backsides of the houses connected to the river or lakes, most of the people also have boats that they use to do boating in the spring season, so in the winter part of the year these lakes get frozen and when the spring season comes huge freshets are lefts into the water which tends to get floods and should be cleaned before the spring fully enters. Canadian people get a lot of challenges while transitioning from winter to spring. So how to get your house Spring ready Canada? 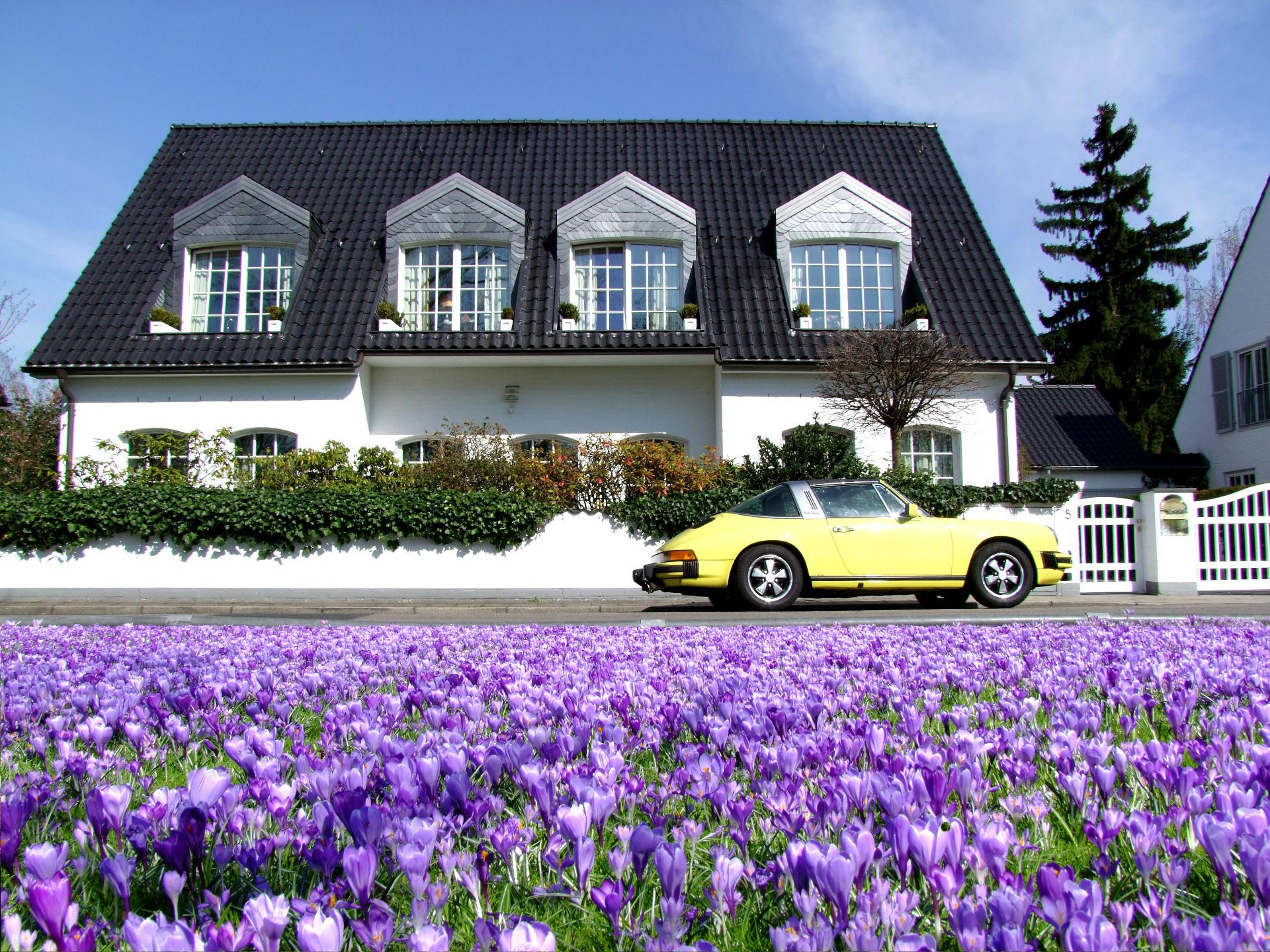 Here are the changes one has to make while going from winter to spring.
Cleaning off your lawn and sweeping off the dead grass using a lawn mower, making room for greener grass to grow, picking up the leaves that are fallen from the trees, get a bag to collect all the dead leaves, grasses, broken tree branches and collect all the dead debris that has appeared in the yard over the winter .green grass spreads rejuvenating smell hence contributing to a healthy lawn in the coming months during the spring season.

Start planting and planning your gardens again, pull out the old weeds carefully by not disturbing and plucking out the new growths in the garden after cleaning the garden and putting old leaves in the rake, then checkout for any fixes that need to be made to the garden, check if the frost elevated your garden stones, your pond pump is working and if your lawn fence has weakened and start fertilizing the lawn before planting new weeds.

Clean your pots start by scrubbing the old soil from your pot and creating them clean for the new plants, send your pruners as well as sharpen tools for sharpening before starting the plantation work, and check your composite if there are any moulds created before starting the fertilizing process,

Start the pruning process by pruning out the shrubs, try to avoid pruning the flowering buds or anything that should flower.to stop ruining the look of your garden for the spring, carefully only prune the ones that are ingrown branches and do not flow into the sapling, plants that can benefit from selective pruning are hydrangeas, fruit-bearing woody plants, roses, roses of the Sharon and clematis. These plants have a direct impact on their growth if pruned well.

There are many things you can grow in the fertile warm weather of Canada raspberries, blueberries and many other vegetables can be grown there. Start by planning a good layer of fertilizers on the surface of your garden making your garden ready for the prime plantation, start by doing a layer of good compost making a nice bed for your annual crops that you'll be buying from the nursery. keep in mind that there are many crops that you can plant in the cold time of the year as well like peas, beetroots, lettuce, radish, and onion. more delicate plants like tomatoes and peppers should be planted in the season when the temperature goes between 18 to 20 degrees.

Create a spring cleaning list for a fresh start of the season which includes scrubbing doors and windows, organizing your pantry, vacuuming your sofas beds and pillows, purging your closet

Stuff your closet with lighter clothes rather than heavy and warmer clothes but don't put them away yet, as the spring could also get cold sometimes.

Start going out again more frequently into the sun and feel brisk or warm, the proper feeling of the spring. As the days get much longer in the spring season, do your favourite outdoor activity and remove the winter dullness.

As the transition between snow slush and the rain can be quite messy, be prepared with a raincoat and rain boots with lined borders to get safe.

Canadian skiing resorts host a lot of skiing related events in the month of spring, as the slopes tend to get uncovered from snow in the spring, leaving the powdered stashes to ski on you can also find animal footprints in the fresh snow, for most skiing resorts the end of the ski season is April and they host a slush cup event to end the ski season where the participants ski or snowboard into the pool of icy water. if looking for good deals to ski in Canada you should go to places like Alberta, British Columbia and Quebec ski resorts, especially national park skiing like Banff national park and whistlers in British Columbia is a must-visit 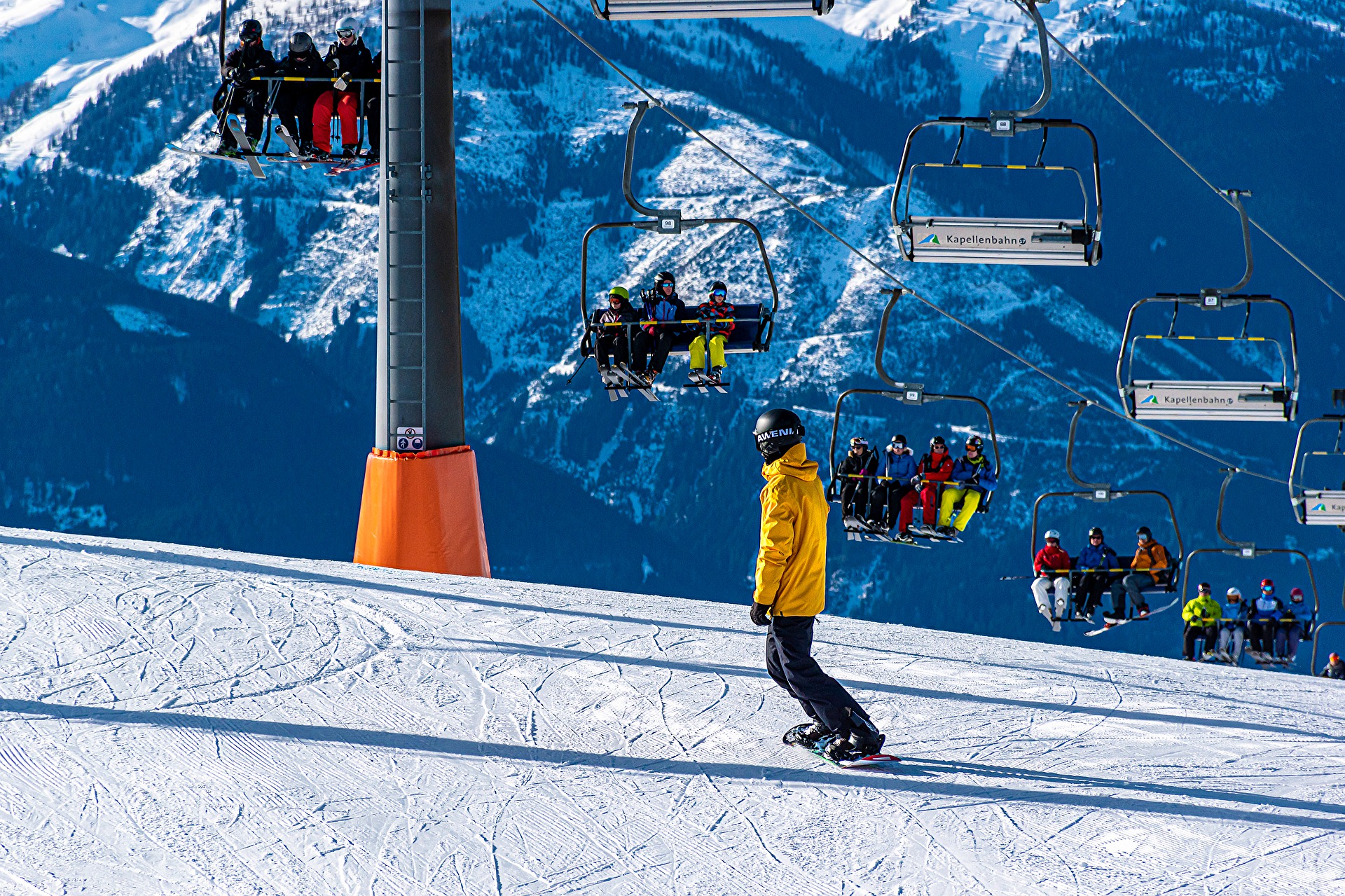 The tulips and cherry blossoms are the two flowers that pull huge crowds in Canada. There is an Ottawa tulip festival which gets held in April. Where the whole state gets painted with the tulip beds and over a million tulip bulbs brighten the city in 30 locations the event was first started in the year 1953 when a Dutch family sent over 100000 bulbs for the haven from the Nazis during the occupation of the Netherlands. This year the country will be celebrating the event's 70th anniversary. The Spring season is a great time to admire Canadian cities with cherry blossoms such as Vancouver, Victoria, Montreal and Toronto. 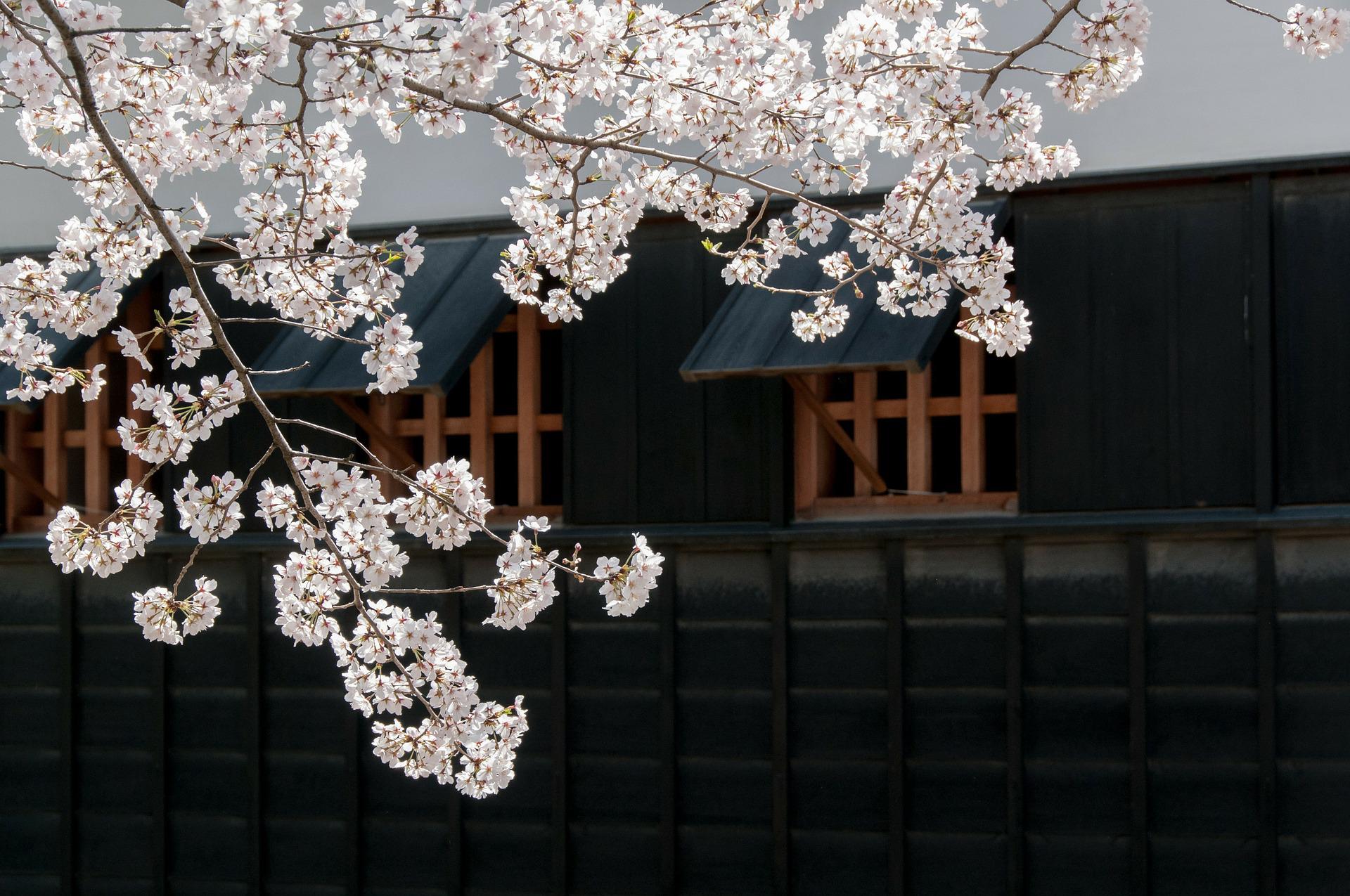 Vancouver also hosts one cherry blossom festival where over 40,000 cherry blossom trees get planted with over 20 cherry blossom events, including cherry jam concerts, haiku poetry competitions and cultural activities. Cherry blossoms are a relationship between Canada and Japan during the 1930 the cities of Kobe and Yokohama presented 500 trees to the Stanley Park to honour the Japanese Canadians who fought in WWI. Toronto’s 2000 Somei-Yoshino Sakura trees were also a gift from Tokyo for Toronto accepting relocated Japanese people who lost their homes in WWII, these trees bloom in March and April making the beauty of the part breathtaking and picture-perfect.

It is also the maple syrup season of Canada which comes from the maple trees, it's what Canada is most known for it, these tree leaves are also embedded in the Canadian flag.it starts to flow in the spring season in the Quebec region. Canada produces the world's 80 % of the maple syrup so it is also the biggest exporter of it there are over there are over 200 sugar shacks in Quebec and Montreal city some of the best sugar shacks are in Montreal city. Many sugar shacks come along together in and host maple syrup festivals where local people get along and it's a great way to connect. These sugar shacks celebrate the season by serving the maple themed breakfasts which include Maple taffy on the snow along with a range of fun wagon rides. one of the traditions of eating maple syrup is to put the long stick in the boiling maple syrup and scrape down the cooling maple syrup with a shorter stick. 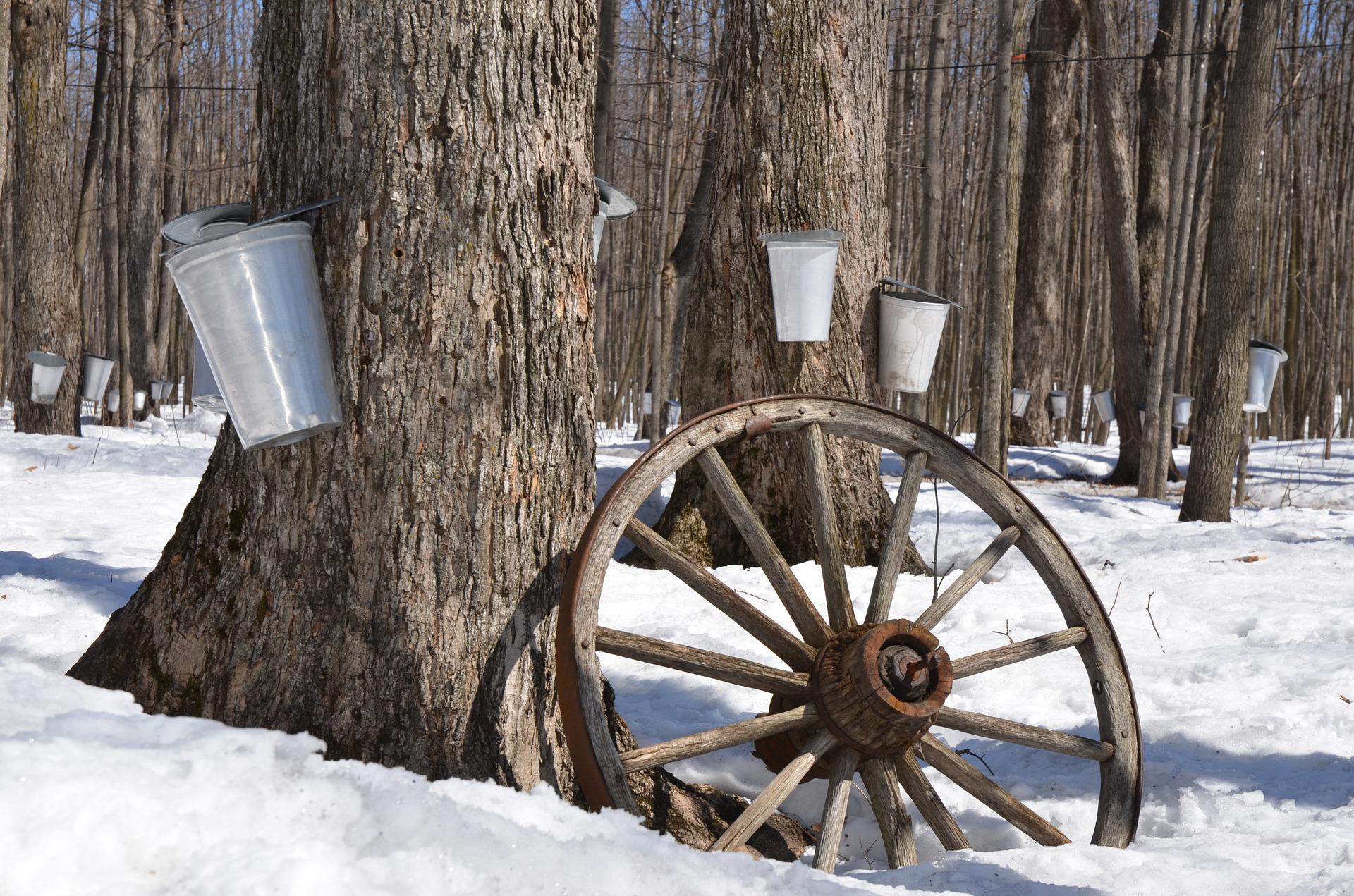 Canada is a land of stunning natural landscapes, from the Rocky Mountains to the prairies, with oceans, rivers, lakes, forests and glaciers. Spring often arrives earlier on Canada’s west coast, with cherry blossoms blooming in Victoria as early as February. In most places, April is usually the last of the winter’s snow, except in higher altitudes like Banff or Whistler, where the season often extends until May making spring an excellent season to hit the slopes without the crowds. 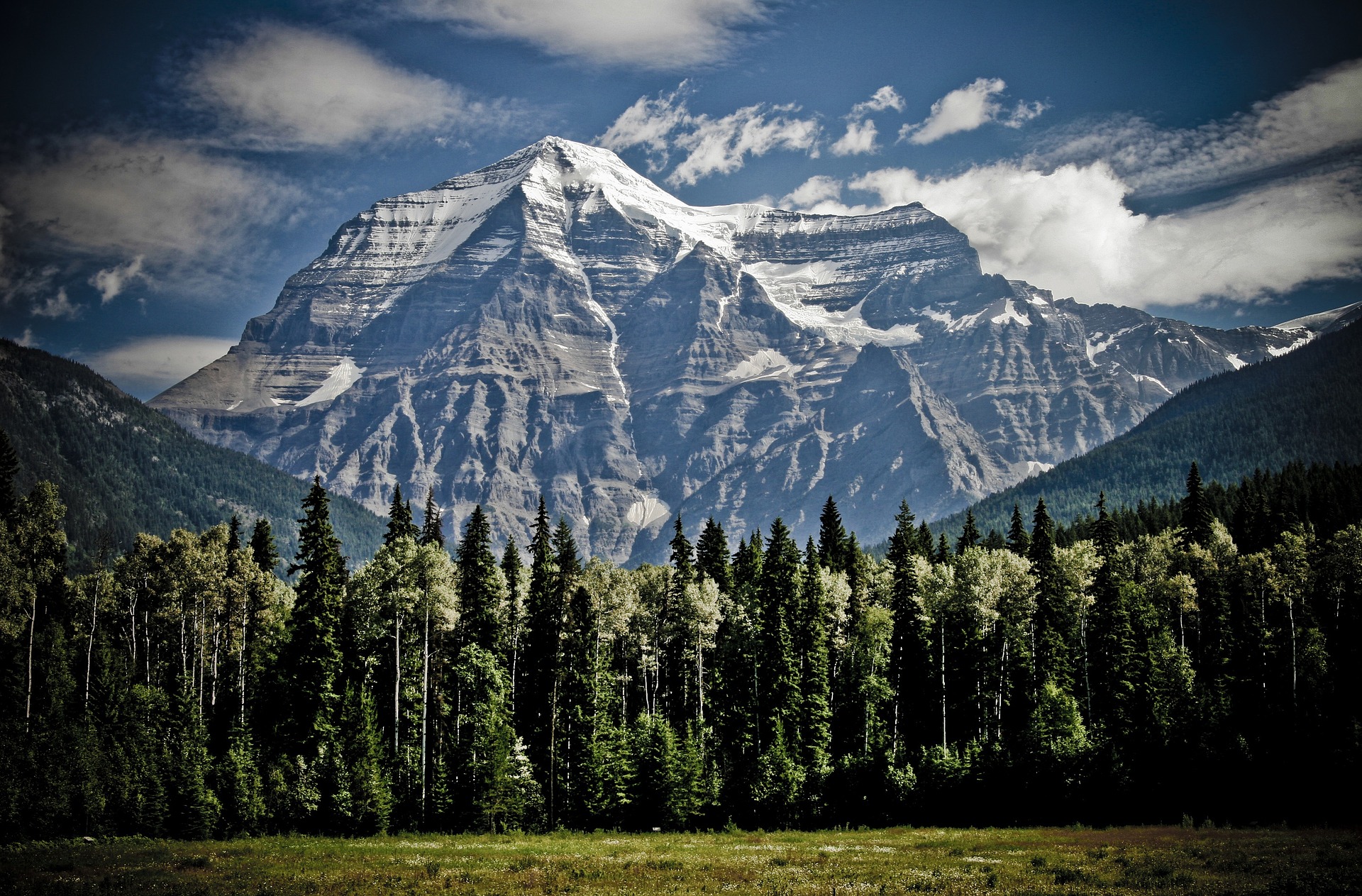